This entry has wide possibilities but if I were to truly pick some tie in game fiction it would have to be the Bauldur’s Gate collection of PC games from the 90’s.  I spent countless hours playing them all and even took a sorcerer through every single one of them, well into epic levels. 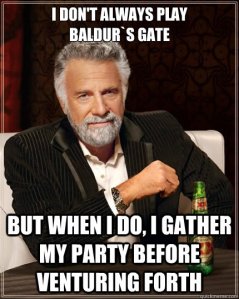 Sure the game was buggy as Hell, but that was just part of its charm (of course there was nothing charming about being unable to leave the Inn that one time and losing characters I’d spent roughly 30 hours on).  The story was solid and the game-play was tons of fun.  It was the first time I had ever really felt like I could choose from a ton of options when creating a unique player!. 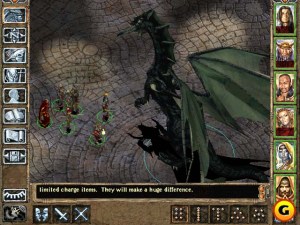 Speaking of Game-play, don’t they know you fight dragons by entering the room, hitting it with Magic Missile, leaving, sleeping, and repeating!?

I haven’t yet played the remakes but plan to one day.  For now though I’m fine with the great memories!  Also, friggan Minsc & BOO! 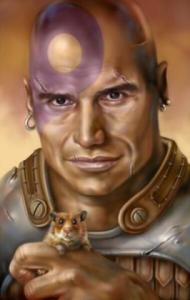 “Stand and deliver, that my hamster might have a better look at you!”